“In the January quarter, sales of CameraChips for mobile phones grew by more than 100% quarter to quarter, and the mobile phone sector emerged as our largest market,” said Shaw Hong, president and chief executive officer. “We believe that the era of the cameraphone is just beginning, and we continue to view this market as a large and exciting opportunity.”

You may also listen live via the Internet at the Company’s Website, www.ovt.com, or at www.FullDisclosure.com. These websites will also host an archive of the teleconference. 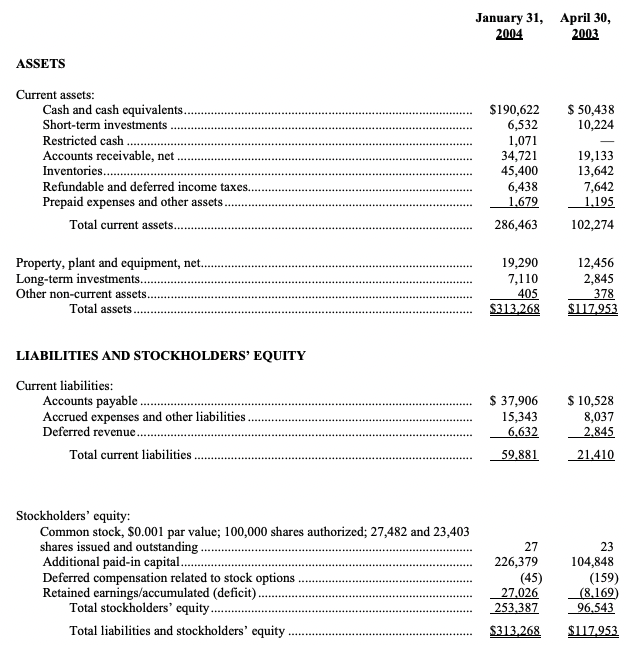 CONDENSED INCOME STATEMENTS
(in thousands, except per share amounts)
(Unaudited)